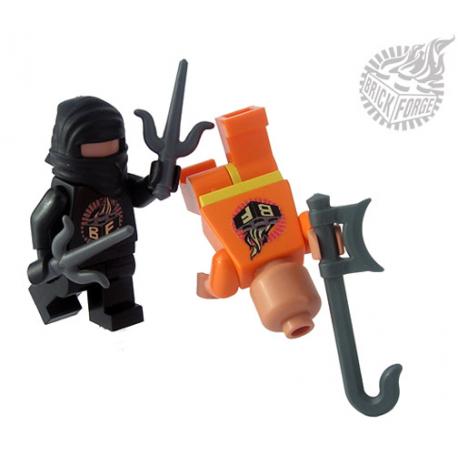 Like most weapons the Sai originated as a simple agricultural instrument which peasants turned to their advantage once it became forbidden to carry weapons. Primarily used as a defensive weapon, the unique shape of the Sai, with its two pronged hilt, has the advantage during combat to trap the opponents weapon and disarm them. Whether you're a crimson ninja, freakish turtle or serf-turned-samurai you simply can't pass up adding a pair of these to your arsenal. Fits most standard minifig hands.

Miniquins, MOCs and Minifig parts not included with purchase